As I was browsing pictures from Christmas past, I stumbled upon a most embarrassing Christmas for Clinton's parents. I had forgotten about it. One of his sisters gave their parents matching animal print underwear. They turned a bit pink!!! 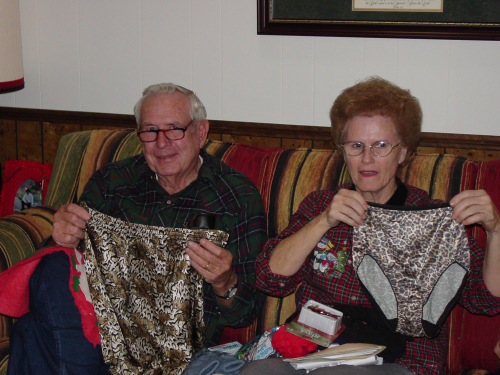 And this sweet picture of our kids...circa 2000 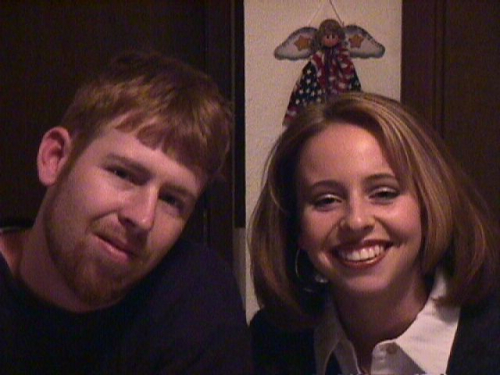 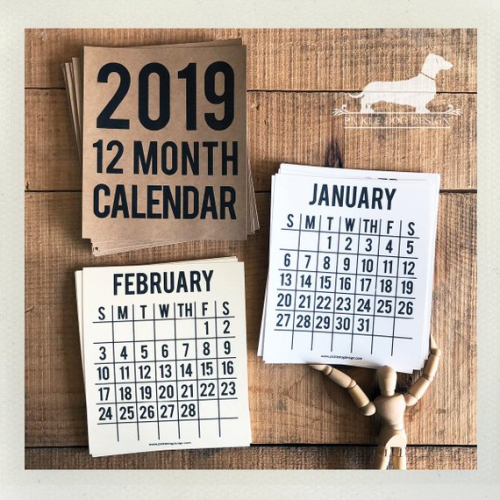 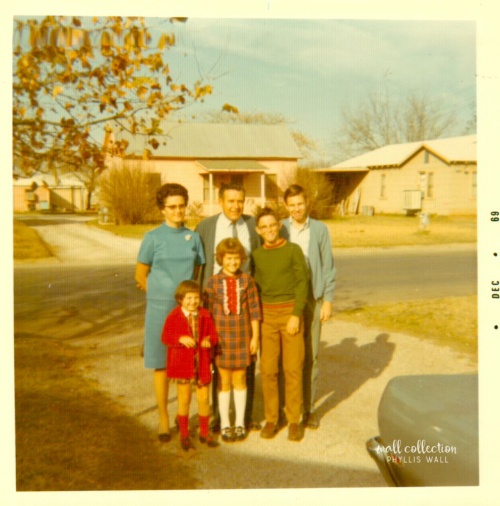 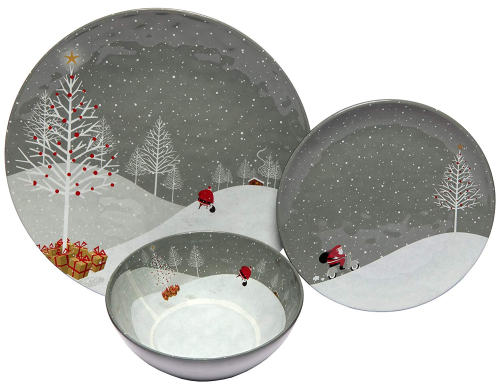 In my old age, God is still alive within me and revealing great things to me. I talk a lot about finding our passion and allowing God to weave our lives through it.  We are in the process of being woven in a way that we cannot understand into a tapestry that God has designed specifically for us. God is about beauty, and our design is a precious one created by divine hands.

You know, if you have read many of my blogs that first and foremost we are worthy through the Salvation that comes in accepting Christ Jesus into our hearts. He is a yes away. You also will know that in my design, God wired me differently than most. I have lived my life without an understanding of many worldly things, and this has created a deep well of understanding, love, and grace for me spiritually. I don't have a defined passion. I know, WHAT?

I have always desired a passion or an identity that was evident. Instead, I wake up each day with an open heart and desire to know what God wants me to do for others as the Holy Spirit moves in me for that day. In my life, it sometimes has bothered me that I don't have a job that delivers me a paycheck. Many in our society look down on an uneducated or non-working person. As an established volunteer, I work for free. There is no pay involved.

WAIT. REWIND. REVELATION. Payment does exchange hands. I just never get to touch it. God allowed me an old age revelation this week. It is my joy to honor him in all I do (remember, I'm not perfect, but I strive). I'm a connectivity agent that encourages and includes. The payment I get is in God touching lives through me, and in turn, He blesses me over & over again so that His work continues. Sixty-three years for me to glimpse my passion through His revelation is but a moment to Him. Blessing to blessing, God is in it. It is simple, and the pay is deeper than anyone's pocket can hold. 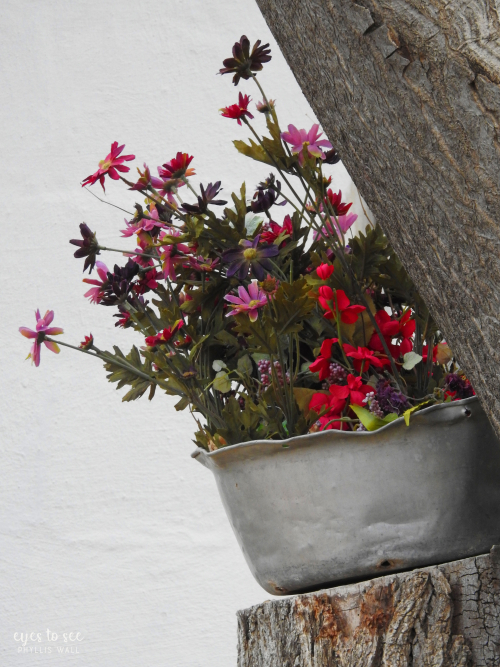 Then, today, I had a phone call and the relative asked where I got it, this joy. What a great conversation of affirmation and testimony.

A birthday, Christmas and dance, oh my! We had a fun weekend with our non-local yocals!  Mostly it was dance, dance, dance, from the playroom to the recital hall, we had a bit of tap, jazz, ballet, and hip-hop! We played games and had a bunch of fun!!! 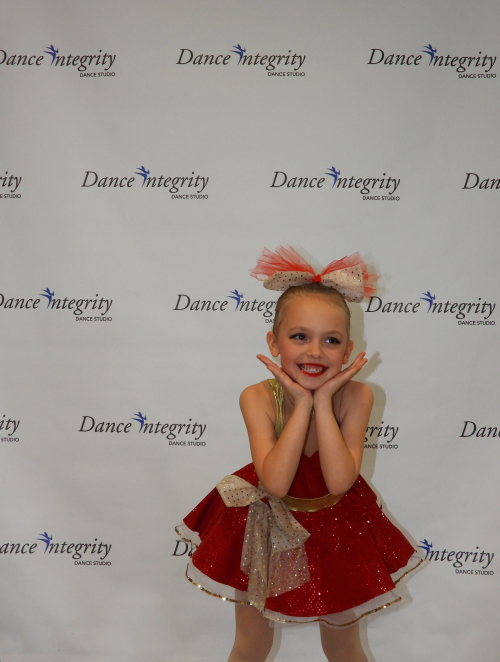 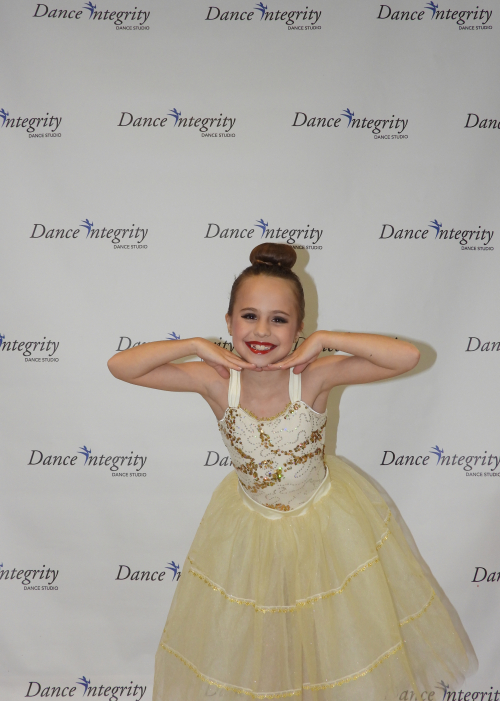 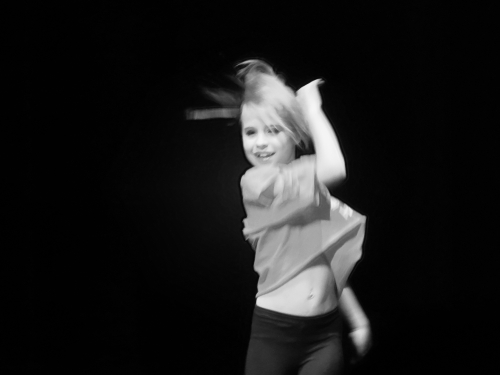 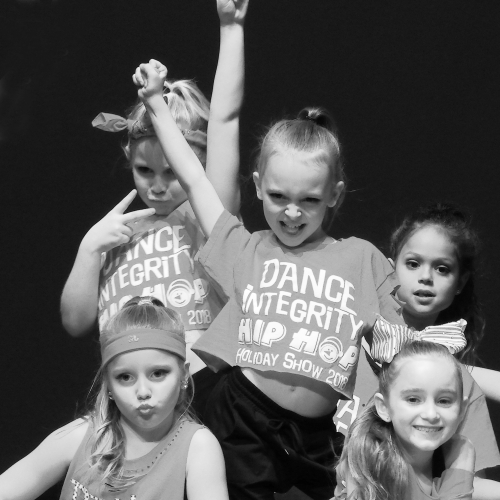 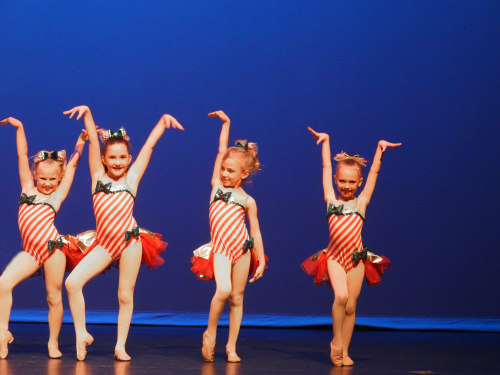 Fresh Find: I think this sounds like a fun kids game!!! 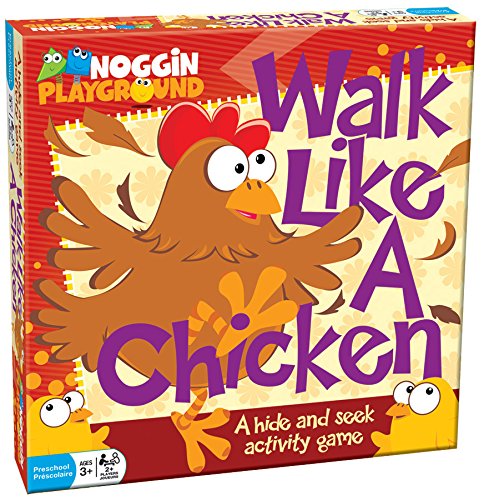 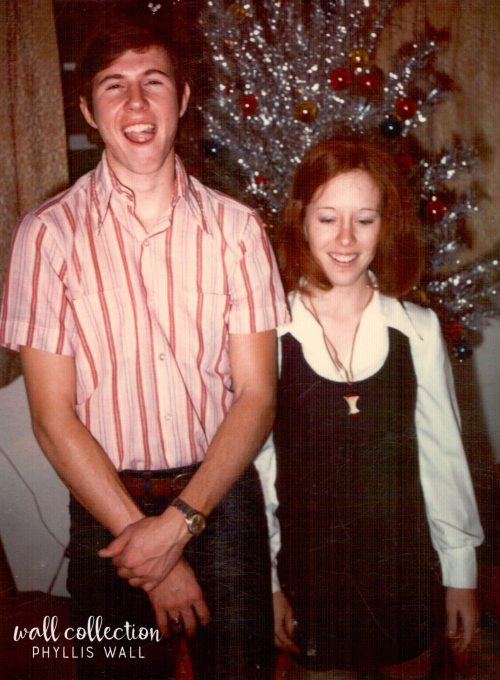 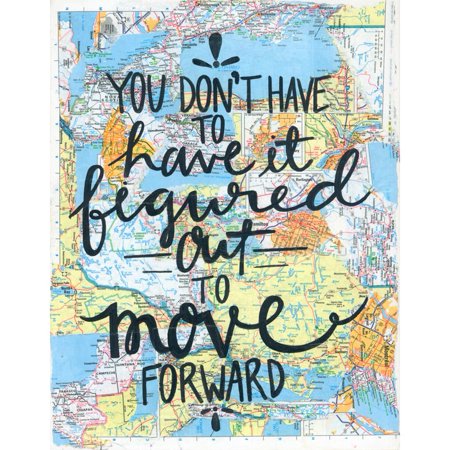 Friends are friends forever if the Lord's the Lord of them... 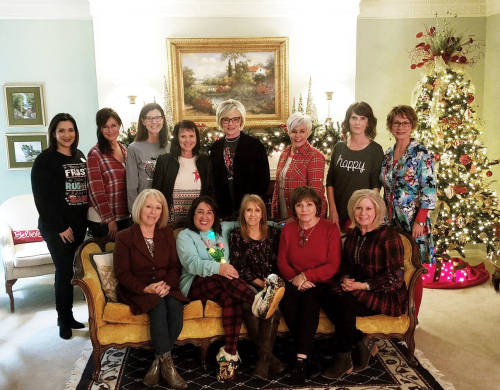 The 2018 Theta Delphin Christmas gathering group. We are missing Amy Reid; she had to leave early, Karen Rogers, Freada Warren, and Carol Kaufman.

Fresh Find: I like this chair and the colors. 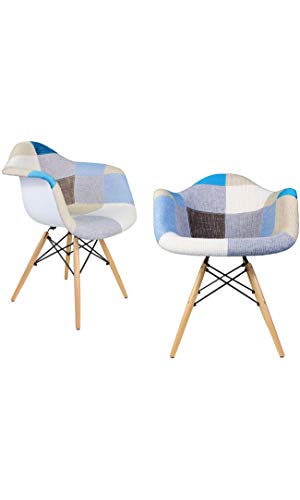 In 1960, I wore my first bride's dress. It was Christmas, and I remember asking Santa, who had stopped at Sears, Roebuck & Co. in Plainview, Texas, for that boxed brides dress that I saw in the toy department in the northwest corner of the store. I must have been a good girl. 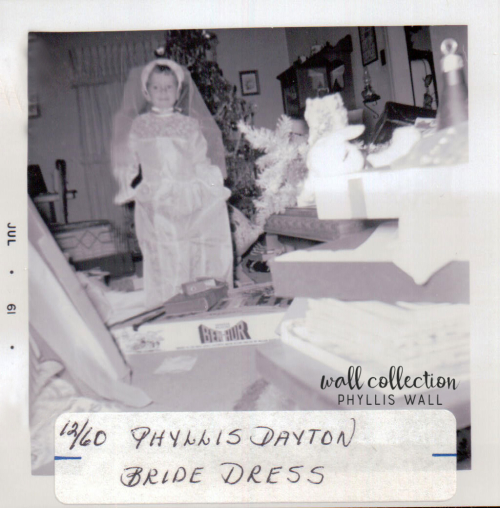 Notice that the film was not developed until July of 1961, seven months after Christmas. My mother was notorious for developing film months or years after she took them. She said, "It takes a long time to take 24 pictures!!!"

Isn't it interesting that my wedding dress was similar in style to the 1960s model... 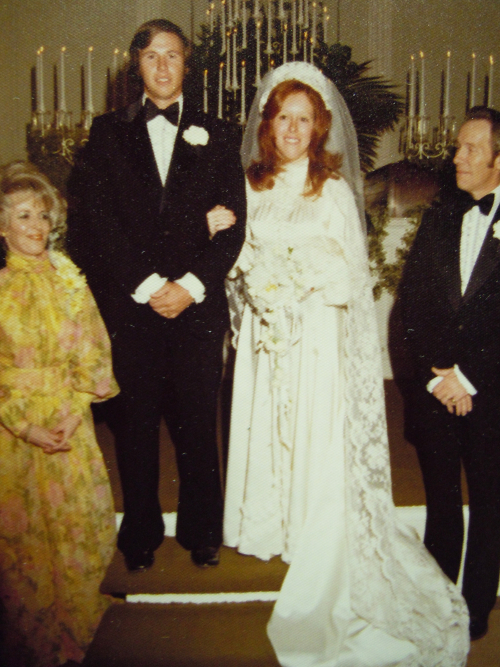 With my mother and father... Nanny & PawPaw 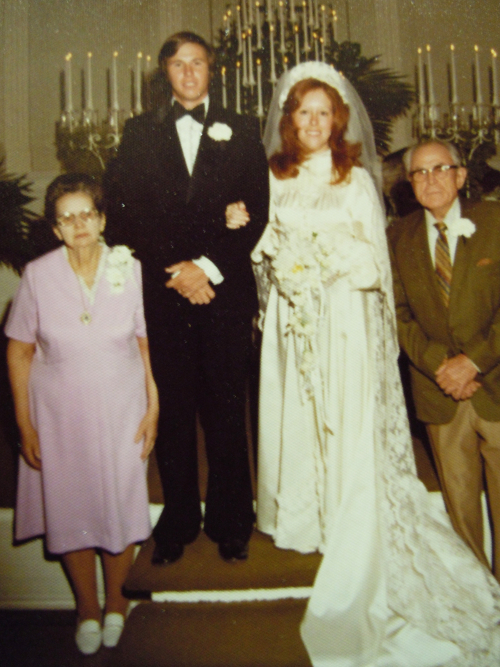 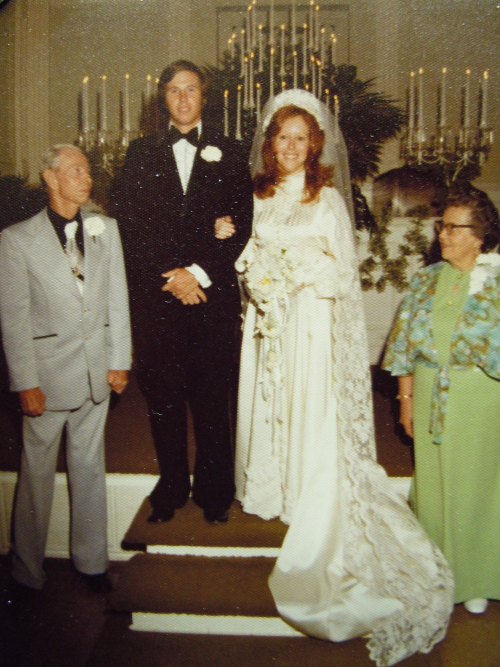 With my maternal grandparents ... Cranny & Bo

I love the way my daddy, Bo, and Cranny are looking at me. I am reminded of the great love my Father has for me. I am who I am because of where he birthed me!!! Thankful for my family.

Fresh Find: Don't lose the keys ever again...IF you put them in their house!!! 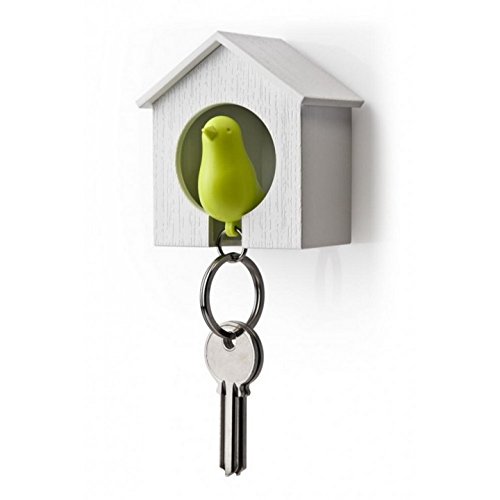 Once Upon a Time

Once upon a time, we had family Christmases. This picture is of my mother, Lorena Etter Dayton's, sister, Virginia's children, Bill McCarver, and Janis Alexander, my brother, John and me.

Our tree was bought from the Optimist Tree lot just a week or so before Christmas. The icicles were hung on the tree with care. We had very few ornaments. My brother and I had stockings my mother made. I still have mine. They were never filled. We did not "do" stockings. This is a fairly new concept to me that we started with our kids, now grands. 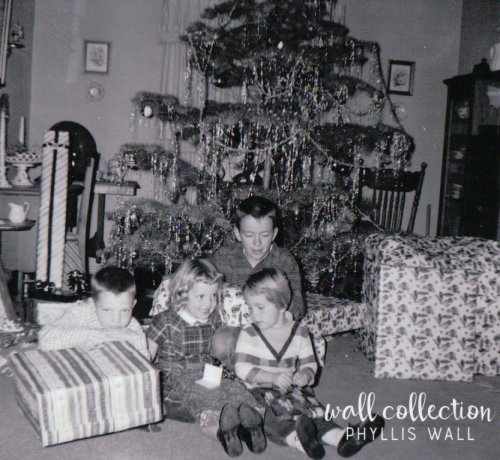 Fresh Find: I may need this fresh find. Our eggs Thanksgiving were impossible. 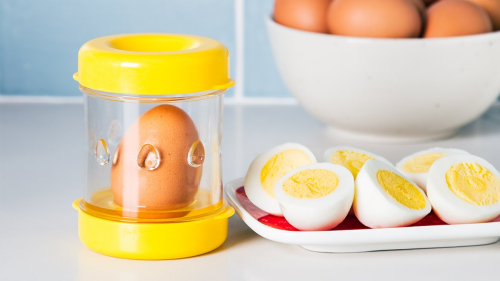 The dawn is here, and darkness is being driven away by Holy light. 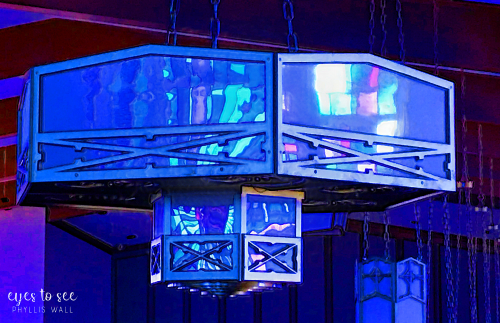 [John's father, Zechariah, continues his prophecy:] "And you, my little son, will be called the prophet of the Most High, because you will prepare the way for the Lord. You will tell his people how to find salvation through forgiveness of their sins. Because of God's tender mercy, the morning light from heaven is about to break upon us, to give light to those who sit in darkness and in the shadow of death, and to guide us to the path of peace." Luke 1:76-79 NLT

Thinking about and thankful for this child who God used. Called and willing.

Fresh Find: If a skeleton can be beautiful..this is it. 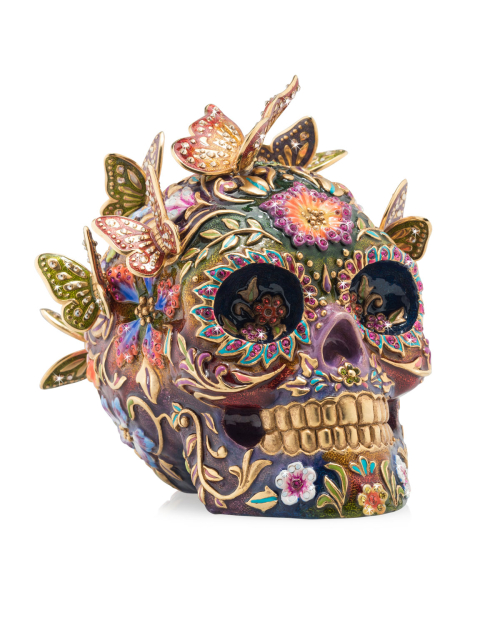 Many years ago I began purchasing the Fontanini nativity. It was in our young wedded days when we had just started our family and money was tight. Through the years I was able to collect many of the pieces. It is a beautiful nativity, but I found it overwhelming, so I have not put it out on display for many years.

I had thought about selling it, and that is still an option. I got it out to take a picture to list it and decided that I am enjoying it for the first time. 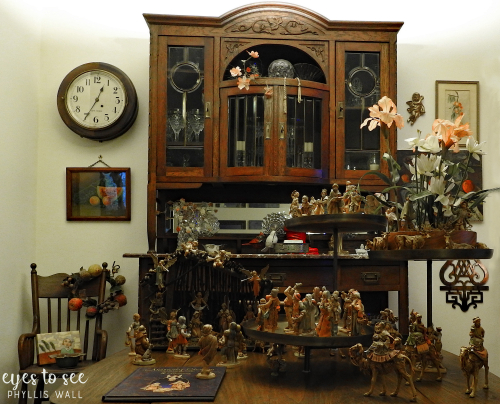 According to Merriam-Webster, Nativity is one of many words born of the Latin verb nasci, which means "to be born." The gestation of the word was a long one. "Nasci" developed in Latin into nativitas, meaning "birth," which passed through Middle French as nativité before entering English in the 14th century.

The story of ... THE HOLY FAMILY by Fontanini

"The night was slate blue with golden stars that hung from the sky as if suspended by little hooks. Cold air gusted as families across the Holy Land crawled beneath warm blankets.
Angels looking upon this barren region might have been surprised to find movement outside the city of David. Not Gabriel. God’s archangel knew exactly who the sojourners were as they slowly traveled the expanse of the land leading to the gates of Bethlehem. The angel had been with the woman nine months before. He had delivered wondrous news with words of expectation.
Sitting at her home in wide-eyed innocence, the Virgin Mary was told by Gabriel that she was to be the mother of the Son of God. The event was destined to change the world, and the young woman was afraid, but Gabriel comforted her, and helped her through the coming months. He guided her soul as she prepared for the miracle.
Gabriel also spoke to Joseph, the carpenter, who was betrothed to Mary. Joseph needed to understand the mission his bride was to accomplish. And from the day of his enlightenment, Joseph joined Gabriel to guard Mary’s health as she grew large with the Holy Child and wise in her newfound grace and maturity.
As the birth of Jesus approached, a census was ordered throughout the Holy Land by Roman Emperor Caesar Augustus. Law required that everyone travel to the city of their ancestors. The angel Gabriel helped Joseph locate a donkey to ease Mary’s travel burden and accompanied the two on the arduous journey.
Leading Mary over rugged terrain toward Bethlehem was a labor of love for Joseph. How tenderly he walked the donkey, glancing at Mary with each step. Her radiant smile assured Joseph that all was well, as a gatekeeper allowed the couple into Bethlehem, in the late night hours. He observed the woman’s state of maternity, though Mary never uttered a sound, and pointed out the inn before returning to his solitary post.
Since only the stable behind the crowded inn could be found to shelter the two, there was no choice but to make the best of the situation. The couple moved into the straw-filled room. They would share the humble shelter with gentle animals, birds and the still sounds of the night. They would wait out the long hours of Mary’s labor with courage and faith in God’s will.
A hush fell over the stable as midnight passed. A gentle breath of wind extinguished the single candle. Then the sky exploded with light and showers of music! Great choirs of angels could be heard. Each voice serenaded the tiny Child born on that night of nights."

Luke 2:1-20 is where we find the Christmas Story, the true reason behind this special season of love and hope. From the moment that God delivered the news to Mary, through the Angel Gabriel, the season of joy would not cease to light up lives for centuries upon centuries. Jesus Christ remains the way, the truth, and the life. No one comes to the Father except through him. John 14:6

John 3:16 For God so loved the world that he gave his only Son that whoever believes in him will not perish but have life forever. Amen

Now my twist & turn to a week of the celebration of life for George H. W. Bush. As I watched the days unfold and marveled at the precision of every move, it reminded me that what we saw is only a tiny light to what it took to prepare for what unfolded. It is like that with God. We only see a tiny part of the picture that we will one day see when we stand face to face with Jesus. Oh, what a day!

Thanking God for the provision of Jesus Christ and the sweet grace gift that is mine. It can be yours, as well.

Fresh Find: Wowza, now this is an icebox!!! 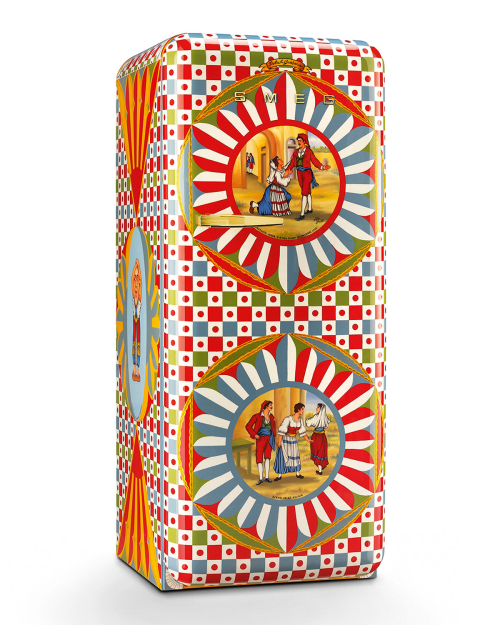 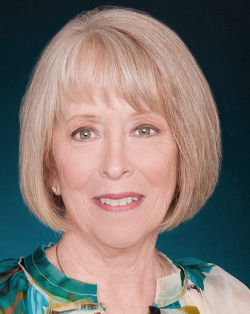